From John Chau to Captain Cook: The fatal attractions of Missionaries and other Colonising Zealots Part Two: An explanation of the System.

Traditionally the Chinese have observed both a Solar and a Lunar calendar. We will be using their Solar calendar, also called the Hsia or Farmer’s calendar.

This calendar is made up of two inter-connected cycles: One cosmic or astral, represented by the 10 Heavenly Stems (Gan) and, the other earthly or temporal, represented the12 Earthly Branches, (Zhi); better known as the 12 animals of the Chinese Zodiac. Together, they are known as the Gan-Zhi and when drawn up, one on top of the other, they make up 4 the Pillars of Destiny. One pillar for the year, one pillar for the month, one pillar for the day and one pillar for the hour. Both upper Heavenly Stems and lower Earthly Branches are in fact representations of the 5 elements of Chinese Yin, Yang theory. This theory posits that all things within the universe are either Yin or Yang. The way in which Yin and Yang interact with one another and move from Yin to Yang and vice versa, is through a series of transformations known to us in English as the 5 Elements.

Each of these in turn has a Yin and a Yang expression. Thus, we have:

There is another cycle of the 5 elements that we must also consider, when looking at the relationship between each of the 5 elements and their interplay with one another. This is a harmful, or antagonistic cycle, one arousing conflict between them and which brings the dualistic nature of Yin and Yang to the fore; instead of the harmonious aspects that Yin and Yang are able to bring when they are in unison. This second cycle therefore is known as the Destructive Cycle. Examples of the elements being in a conflict relationship with each other are as follows:

You will notice that the terms Conquer, Constrain and Dominate are used in this cycle. Since no one likes to be constrained or conquered, this will naturally arouse conflict and a rebellious response on the part of the element under attack. Therefore, it is deemed to be of a negative or destructive nature in their relationships.

Although both cycles can be understood as two sides of the one coin, whereas one cycle, the productive cycle engenders harmony and progress, the opposite, destructive cycle arouses conflict and disharmony. It is within this aspect of the 5 elements that trouble between them lies, and where we find discord and upset occurring.

Nature of Yin and Yang within the system:

One more thing to consider here is that when there is more Yin than Yang, things will tend to be more oblique and hidden in nature, more secretive, even passive. When Yang dominates, there will be more overt, open energies, more aggressive aspects that show up.

The order of the 12 Earthly Branches and the elements they represent:

You will have noticed that there are 4 Earth Animals but only two for each of the other elements.

The reason for this is that each of these four earth animals acts as a seasonal interstice between the 4 seasons. This then gives us 12 Earthly Branches/animal zodiac signs and not just 10 as with the 10 Heavenly Stems. 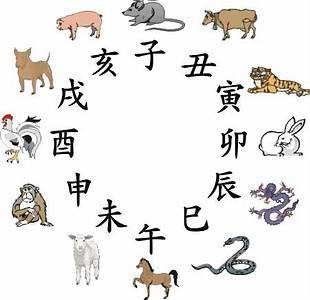 It takes 60 years to repeat the cycle of each Heavenly Stem paired with the same Earthly Branch.

Go to Part Three: From John Chau to Captain Cook: The fatal attractions of Missionaries and other Colonising Zealots Part Two: An explanation of the System.

If you would like more information on how to have your own Four Pillars drawn up, please feel free to contact me.

Thank you for taking to time to read this article.

This email address is being protected from spambots. You need JavaScript enabled to view it.